Individual mandates... can the government force you to purchase a product against your will (and better judgment!)?

Senator Barack Obama in February 2008 shared his views on the subject with CNN.

The Faces of My Sons

The death of Trayvon Martin is headline news.  It's being discussed, sensationalized, and politicized all over the printed and broadcast media. The details of how it all happened have yet to be determined, but some, including our President are not content to let law enforcement and the justice system (as flawed as they might be) work it out. Mr. Obama, voicing outrage, inserted himself into the situation telling us that if he had a son, he'd look like Trayvon.  As usual, the President's comments were not particularly useful, and in reality only serve to exacerbate the crisis


Trayvon was, and is, someone's son. But in many ways Trayvon represents all of our sons.  Even if he doesn't "look like" us, his death is a tragedy
These are the faces of my sons.  You can try to figure out if you think any or all of them resemble me. But I promise you, the violent death of any one of them would be an event I'm not sure I'd  survive. 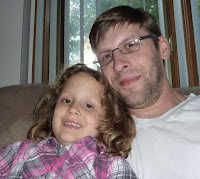 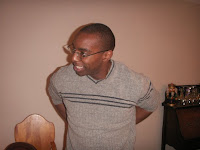 Reason 12,439 Not To Entrust The Education Of Kids To Our Public Schools 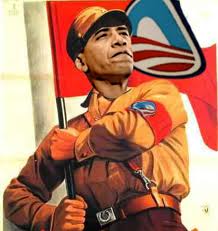 This story caught my attention this morning on the news as reported by the Daily Caller.

My first reaction was, "let me guess......northern Virginia."  Correct!  Jim Moran territory just across the Potomac from Washington, D.C.

It is bothersome to say the least that kids are not being taught the basics like how to think and solve problems. What REALLY bothers me is that as a Virginia resident, I am paying for this GOP opposition research which benefits the DNC campaign!

I just read a headline in the New York Times that dangerously elevated my blood pressure.

After Palin!?  AFTER *PALIN*!!?  Now to be fair, the rest of the article is talking about the selection of a VP candidate, but HOW in the name of GOD can you say "vetting" and not have Barack Hussein Obama come immediately to mind?  Nothing that we didn't know about Sarah can hold a candle to what we have found out and have yet to find out about the man the American electorate chose for President.  Barack Obama wasn't  just poorly vetted, he wasn't vetted at all!  I think a more intense vetting process is definitely in order... but knowing the mainstream media, unless you're talking about a conservative candidate, I don't "expect" it!
Posted by marleed at 5:26 PM No comments:

... It's no cause for celebration, but I thought it would be good to offer you a visual reminder of those faithful days in March of 2010 when the Dems were absolutely giddy with excitement. 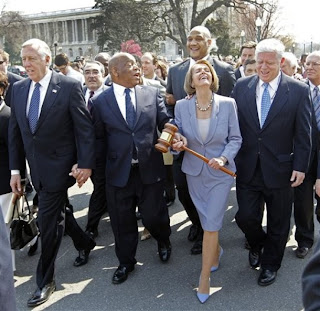 If that photo doesn't make you want to dial a phone, write a letter, grab a sign or at the very least, lose your breakfast... I don't know what will.  Even as the Supreme Court begins listening to arguments on the constitutionality of this unfortunate piece of legislation, remember that we can take nothing for granted.  We must remain motivated and engaged.
Posted by marleed at 10:45 AM No comments:

Sen. Dick Durbin is setting up a Judiciary Committee hearing about bounties in professional football and other major sports in the wake of news that New Orleans Saints players received extra cash for hits that hurt particular opponents.

I was dismayed, but not surprised to read that you have called for Senate hearings on NFL bounties.  I suppose hauling all those big named athletes into a hearing room is a lot more fun than dealing with the nation's pressing problems... I mean who wants to wrestle with Iran's nuclear program or come up with a cohesive, functioning energy policy when you can be communing with Roger Goodell, Sean Payton, or Bobby McCray?  Personally I don't think this is the sort of thing we should be paying you for, but in the interest of *compromise*, go ahead and have your hearings... ... right after you pass the 2013 budget.
Posted by marleed at 8:05 PM No comments:

Incandescent Lightbulbs At The Ready!

Earth Hour 2012: Dare the World to Save the Planet

We only have one planet.  You can help protect it. Participate in the world’s largest single campaign for the planet: Earth Hour. It starts by turning off your lights for an hour at 8:30 pm on March 31, 2012 in a collective display of commitment to a better future for the planet.  Think what can be achieved when we all come together for a common cause. 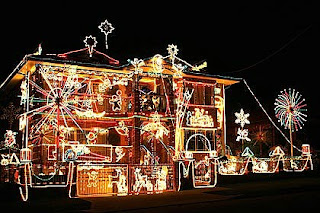 A police siege in the French city of Toulouse has ended with a man suspected of killing seven people now dead, the French interior minister has said.

Police stormed the flat where Mohammed Merah was holed up at 09:30 GMT, after a siege that had lasted 32 hours.

In this new era of "Obama fairness", does it seem right to you that our fearless leader "tucks in" heads of state, and political cronies...

David Cameron has revealed that Barack Obama ‘tucked him up in bed’ aboard Air Force One during his recent trip to America.

The Prime Minister said the U.S. President let him sleep in his day bed on the lavishly appointed aircraft as the pair flew back to Washington after watching a basketball match together last week.

The revelations came as Mr  Cameron admitted he was overawed by the red carpet treatment laid on by the White House during his visit to Washington with wife Samantha.

... And according to Joe Biden, a word that properly describes Barack Obama's decision to kill Osama Bin Laden.

“You can go back 500 years. You cannot find a more audacious plan. Never knowing for certain. We never had more than a 48 percent probability that he was there.”

Really, Joe?  When I think "audacious", George Washington crossing the Delaware or Iwo Jima come to mind. Not that the decision to off OBL wasn't the right decision, it was, but most audacious in 500 years?  Come on, Joe, you can't think of a more audacious decision?  Let me give you a pictorial hint: 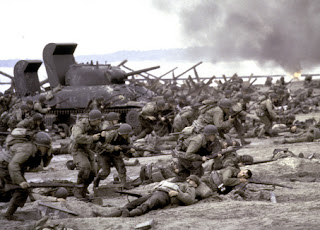 ... Does the word "Normandy" ring a bell?  So while we've got the dictionary open, Joe, here's another word for you to look up... "Hyperbole"
Posted by marleed at 11:31 AM No comments: