“In our view, the entire Act before us is invalid in its entirety.” ... Justice Kennedy

Boehner: There Will Be No Spiking Of The Ball

Whatever.  According to the memo we will focus on the economy, not liberty.  Let's look back in time as Speaker Boehner hides behind his shadow.

In the summer of 2009 we attended health care town halls and numerous rallies.  The bill passed.  It was signed on March 23, 2010.  The same day Ken Cuccinelli, Attorney General of the Commonwealth of Virginia filed a lawsuit in US district court challenging the constitutionality of the heath care plan.  Many states followed.  In November 2010 we achieved a congressional majority which gave Speaker Boehner his current job.

So, now he is telling us how to act.  Mr. Speaker, IF the Supreme Court strikes down Obamacare or any part of it, I, (WE) will thankfully spike the ball.  It would be a glimmer of hope that our constitutional republic is not yet dead. (WE) worked so hard to see this through.  Keep in mind, (WE) got you your current job.  And while your at it, penalize me, (WE) for excessive celebration.  Throw the flag! 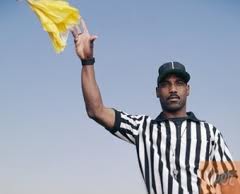