Via The Washington Free Beacon:


A federal judge has been forced to intervene in a dispute between two unions over who is in charge of plugging and unplugging refrigerated shipping containers at the Port of Portland.

Oregon district court judge Michael H. Simon ordered the International Longshore and Warehouse Union (ILWU) to abandon its efforts to snatch the responsibility of manning the outlets from the rival International Brotherhood of Electrical Workers (IBEW).

“[The ruling] simply means that the same people who have been doing the work since 1974 will continue to do it,” said IBEW spokesman Norman Malbin.

Tell you what, if it needs plugging in, why doesn't someone, . . . ANYONE, (with, or without a union card) just plug the damn thing in? Can you say 'rotten fruit of collective bargaining'? One can only wonder what happens when the plug turns up broken?

To state the obvious, over regulation and excessive rules cost time, and money. STOP IT! 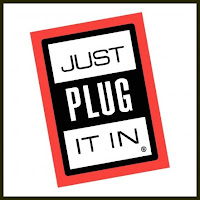