Any Discussion Of "Gun Ownership" MUST Start . . .

. . . with a refresher course on the Constitution and the Second Amendment! 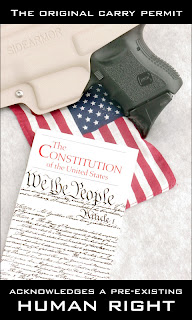 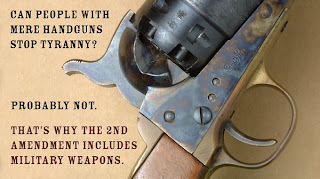 "In recent years it has been suggested that the Second Amendment protects the “collective” right of states to maintain militias, while it does not protect the right of “the people” to keep and bear arms. If anyone entertained this notion in the period during which the Constitution and Bill of Rights were debated and ratified, it remains one of the most closely guarded secrets of the eighteenth century, for no known writing surviving from the period between 1787 and 1791 states such a thesis. The phrase “the people” meant the same thing in the Second Amendment as it did in the First, Fourth, Ninth and Tenth Amendments — that is, each and every free person."

~Stephen Halbrook, Ph.D (in his book, That Every Man be Armed)