The President In his weekly campaign address (what's he running for again?) said (for the umpteenth time):

So let’s begin by doing what we all agree on. Both parties say we should keep middle-class taxes low. The Senate has already passed a bill to keep income taxes from going up on middle-class families. Democrats in the House are ready to do the same thing. And if we can just get a few House Republicans on board, I’ll sign this bill as soon as Congress sends it my way.

Now there's a promise he can keep!  He'll sign that bill before the ink is dry,  heck, he won't even stop to read it! (I think I took two sarcasm pills this morning)  But what then?  What happens after we soak the rich? No one really thinks that will cure what ails us,  but hurry up and pass the bill... There will be time to discuss other issues later, after we've avoided the dreaded cliff.

We can negotiate spending cuts, entitlement reform, tax overhaul, and an end to government fraud and waste next Tuesday... pinky promise!

Are you buying this? 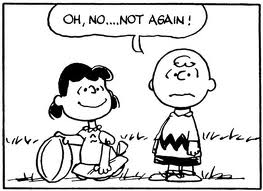